The event for the official bestowal of the international ethecon prize Black Planet Award 2009 on the members of the Wang family, the president Lee Chih-tsuen, and other executives of the FORMOSA PLASIC GROUP, is scheduled for November 21, 2009, in Berlin.

The ethecon management board its reasons as follows:

The FORMOSA PLASICS GROUP (FPG) has its origins in the period of the anti-communism and the Cold War period. In 1954, the group was founded with support of US-American money.

Ever since, FORMOSA PLASICS GROUP (FPG) advanced to one of the worldwide leading group of companies with numerous subsidiary enterprises in Taiwan, China, Vietnam, and other countries, also in the U.S.A. The groups production emphasis is on sectors such as chemistry, biotechnology, electronics, cosmetics, domestic chemicals, automotive body parts, and pharmaceutical products.

The companys history is accompanied by a continuing sequence of social and ecological foul play throughout the world. Outstanding examples are:

The attitude of the responsible executives of FORMOSA PLASICS GROUP (FPG) towards law and order, ecology and peace, social and human rights, as well as towards production security and environment protection are revealed by an example from Delaware in the US. Since the authorities there were unable to deliver the legal restraints in person, they had to drop them on the factory premises from a helicopter instead. Neither the endless list of fines up to one million dollar has resulted in a change of attitude.

The responsible executives have cared just as little about the massive protests in various countries around the world. In Taiwan, there were even repeated mass demonstrations against the FORMOSA PLASTIC GROUP.

The company is damaging the environment to such an extent that even the US-American trade association of the chemistry industry, the American Chemical Society, denies FPG its cooperation.

The members of the Wang family, the president of the FORMOSA PLASTIC GROUP Lee Chih-tsuen, and the executive board of the FPG, are responsible for all of these extra-ordinary achievements of criminal ethics. They are to blame for the ruination of human health and environment on a large-scale, yet even for the death of numerous people. The FPG not only poses a threat to peace and human rights, but also to democracy, ecology and human kind in general, as it acts solely for personal profits and advantages. For this, it spurns morals and ethics, and accordingly accepts the decline of our planet to a black planet.

Since 2006 and in consequent completion to the annually awarded positive prize Blue Planet Award, ethecon  Foundation ethics&economics  employs its negative prize Black Planet Award in order to internationally pillory individuals who exceedingly spurn ethic principles within the area of conflict between ethics and economics, and thereby endanger our blue planet. Blue Planet comprises the entire enlivened and unenlivened world. The Black Planet Award is conferred to persons who make their profits particularly through war, exploitation, human rights violations, destruction of nature, as well as social misery, and who, intentionally or unintentionally, are the driving forces behind these devastating developments. These are the ones responsible for increasing the risk of our blue planet to be transformed into a black planet.

In a world that is increasingly arranged around profit as the sole criteria for decisions and developments, those individuals denunciated with the Black Planet Award as the powerful few in the world are in opposition to the interests of the majority of humankind in justice, peace, and healthy environment, and thereby ruin the latters living conditions. Being egomaniacs and acting irrespective of law and order, they engage in excessive greed of personal gain. The Black Planet Award vilifies and denounces these persons who spurn moral and ethics and are willing to put up with the decline of our planet to a black planet. They display what is generally referred to as ruthlessness and selfishness. Those are the ones who disregard and violate the sensitive plantlet ethics.

The annually awarded negative prize Black Planet Award aims to sensitize the public, to draw attention to the destructive connections and individuals, as well as to support the resistance to ecological destruction, war and injustice. In connection to the positive prize Blue Planet Award, it is also meant to mobilize commitment to peace, justice and environment protection at the same time. 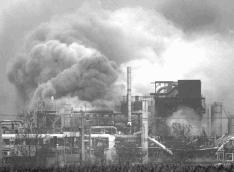