During World War II VOLKSWAGEN produced for the Wehrmacht and exploited forced labour of thousands of prisoners of war and inmates of concentration camps. After the war VOLKSWAGEN has continued to support fascist rule in other countries, enabled the rise of the military dictatorship in Brazil in 1964 and cooperated in the monitoring, arresting, torturing and killing of union-members and fierce workers. To this day VOLKSWAGEN refuses to pay adequate reperations to survivors or their families.
VOLKSWAGEN holds on to a model of mobility, which is based on individual traffic and internal combustion engines, although it is proven to cause disease and death by pollution and even climate change. By installing cheating-software in it’s Diesel-engines and also by it’s lobbying of politics, the management of VOLKSWAGEN prevents a successful legal approach to battle climate change and the pollution of the air. As a world market leader VOLKSWAGEN, especially the executive management and the major shareholders, are responsibly for the global gridlock, the worldwide, lethal pollution of urban areas and even climate change.

After clicking on Send Mail a new E-Mail should open in your E-Mail software, simply add your name and send the E-Mail. Thank you for your activism! 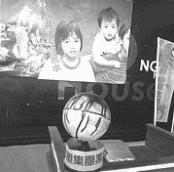